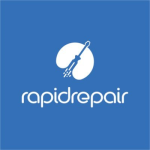 The MacBook Air is the world’s thinnest laptop, with a full-length keyboard and fully working functionality packed in a shell that is only 1.94cm thick. Fully portable and practical for daily use.

The MacBook Air, like any other laptop, has several troubleshooting issues that necessitate repairs. In this article, we look at how to address some of the most common issues that MacBook Air users face and how to fix them

In case the fixes suggests does not work, your MacBook Air must be taken to a certify MacBook Air repair centre. An authorised centre will be able to resolve all issues since they have the necessary skills and expertise to deal with problems related your MacBook Air.

In this article, we’ll go through some of the most common MacBook Air issues and how to fix them.

1. MacBook Air Would Not Turn On

When you hit the power button on your MacBook Air, it sometimes goes dead and won’t start up again. When macOS fails to boot properly or crashes and shuts off, this is the most prevalent problem. That is, the MacBook Air that shuts down unexpectedly even when it is completely charge and the battery is in good condition.

This problem with your MacBook not turning on could be cause by a RAM issue. If your MacBook beeps three times while booting up, then displays a black screen before shutting down, you will understand this is the issue.

Another reason could be a faulty power adapter. If your power adapter fails, your device will not charge, causing your battery to discharge fully, and turning off the device while it is in use. A unique adaptor with an angled connector comes with the MacBook Air.

The battery must have a good level of charge in order to diagnosis the malfunctioning power adapter. If the battery’s charge is too low, diagnosing the adapter will be tough. Borrow a completely functional battery or a power adapter and use it in your MacBook Air to see if the power adapter is the issue.

If the problem persists, the issue is with the logic board or motherboard of the MacBook Air, and you will need to visit a MacBook repair shop to replace the motherboard to resolve the problem.

The MacBook Air’s thermal sensor issue could possibly be the cause of the MacBook’s inability to power on. If the fans are spinning at a high RPM but the laptop isn’t booting, you’ll know this is the case.

In this case, it’s safe to assume that the thermal sensor is malfunctioning. The logic board or motherboard of the MacBook Air needs be replaced to resolve this issue, as the logic board contains the heat sensors.

If the previous techniques fail to resolve your issue, the motherboard is likely to be the source of the problem. If your laptop beeps nine times on startup, you have this problem. To resolve the logic board issue, you will need to replace the logic board on your MacBook Air.

2. When the Charger Is Removed from the MacBook Air, It Turns Off.

When the charger is unplugged, your MacBook Air may switch off despite having a fully charged battery. This is one of the most prevalent MacBook Air problems that has to be resolved, whether you are using a MacBook Air or a MacBook Pro.

The problem of the MacBook Air going off when the charger is removed is primarily caused by a dead battery. If the battery in your laptop is dead, it will work properly when connect to a power adaptor, but it will turn off as soon as the power adaptor is unplug.

You’ll know your MacBook’s battery is dead if it doesn’t accept a charge (though this might also be a logic board issue), the computer doesn’t identify the battery, or the battery is identify as charged but doesn’t power your computer when the AC adapter is unplug. You will need to replace the battery in your MacBook Air to resolve the issue of the MacBook turning off when the charger is detach.

3. On Startup, the MacBook Air Displays a Flashing Question Mark.

This flashing question mark on startup fault is one of the most common problems with the MacBook Air. When the computer can’t find a bootable operating system, it shows a blinking question mark.

This could because of the following reasons

One of the most common causes of the MacBook Air showing a blinking question mark on startup when you turn it on is a poor operating system. In this situation, consider booting from an OS CD first to resolve the problem.

Try to repair the disc using Apple’s Disk Utility. If it doesn’t work, you’ll have to reinstall your operating system. Before reinstalling the OS, if possible, delete the hard drive.

The hard disc may have been delete, corrupts, or damage, resulting in the laptop booting up with a flashing question mark error. If the hard drive is erase, you must first format it as HFS+ and then reinstall your OS. You’ll need to replace the hard disc if it’s corrupts.

Before a hard drive fails fully, it may reveal occasional data corruption. Furthermore, they frequently become louder with time and begin to click. So, if your hard drive is making unusual clicking noises but is still functional, make a backup of your data and replace the hard drive before it entirely fails.

This problem, which causes the MacBook Air to boot to a black screen, is also famous as the Black screen of death error. When you start the laptop or while everything appears to be functioning. Your MacBook Air may display a black screen and become unresponsive, resulting in a black screen death. Here’s why and how it happens, as well as how to fix a MacBook’s screen when it turns black and unresponsive.

If your Mac laptop is having connectivity troubles and is frequently displaying a “No Hardware Found” notice. Or if you are using Apple’s AirPort devices like AirPlay and the AirPlay Stops, Stutters, or Plays Intermittently, you will need to solve your device’s Bluetooth and AirPort issues. The following steps will show you how to diagnose and fix Airport/Bluetooth Issues with your MacBook Air.

You’ll need to know how to identify whether the problem is with the board or the cable in order to fix the AirPort/Bluetooth issues. Here are a few signs that the problem is exist.